As part of Black History Month Year 8 have had the wonderful opportunity of two guest speakers in assembly. The first was Rudolph Walker, who plays the part of Patrick Trueman in Eastenders – Rudolph spoke about his passion for acting and the path he took to become an actor in Britain. The second, Paul Crooks, an author who has written about his Jamaican history and his African roots spoke about the journey he embarked on to find the origins of his family.

This journey eventually lead him to trace his family tree from Jamaica to Africa. 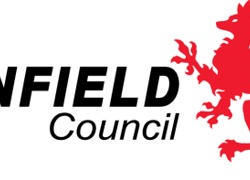