Today Year 10 students were treated to a very special assembly. We had visitors from the company ‘Holler’ which is a community based project using the stories of others to inspire teenage children. We were lucky enough to hear the story of Lurine Cato who also sang one her own songs during the assembly. Lurine is a multi MOBO award winning singer song writer and talked of her struggle to be successful in life.

Holler then congratulated and awarded our very own Indio Campbell-Yates with a trophy for his outstanding achievement so far in his sport of Fencing.

This award reflects his commitment and ability in a challenging sport whilst maintaining dedication to his subjects and participating in activities beyond the curriculum, including the school play.

Following in the footsteps of James Davies who is the current GB Captain and number four in the world, who also attended Southgate school, Indio Campbell-Yates has represented his country for Fencing in the British Youth Championships in Sheffield and the England Under 15s Championship in Poland.  He also competed this weekend in the Nationals Under 17s age group.  He finished 18/87 which is an amazing achievement.

He is on a flight path for the 2024 Olympics but remains humble in his achievements which is what makes him a role model to us all.

Indio maintains a good balance between his commitment to his sport and to his school life, proving that you really can aim high and fulfil your ambitions.

We hope students gained a lot from the assembly and look forward to welcoming Holler back to Southgate again later in the year. 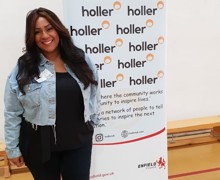 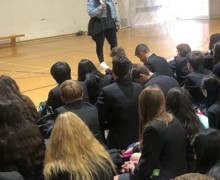 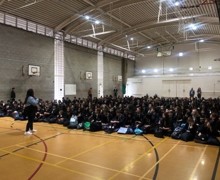 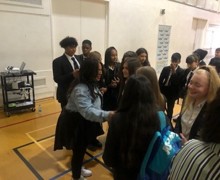 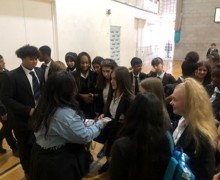 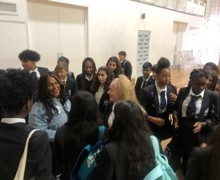 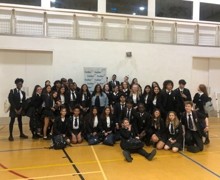 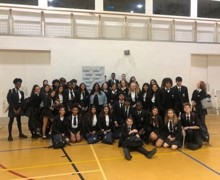 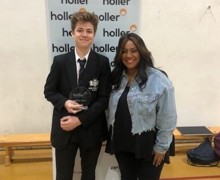